African female leaders met at the second edition of the International SHEROES Forum on African Women’s Vision, Leadership and Economic Empowerment in Dubai, UAE, 8-10 May 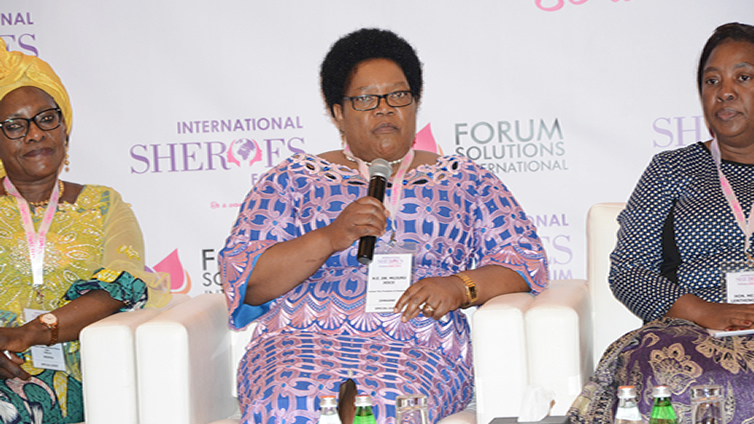 This conference was a follow up to the maiden edition of International SHEROES Forum and the launch of “ELECT HER IN AFRICA” (EHIA) Initiative hosted by the SHEROES Foundation in Ghana in October 2015. This second edition of the Forum was held from May 8th to the 10th 2016 and was attended by many Dignitaries from all over Africa, US and the UAE.

In a show of support for their African sisters, several “Dubai locals” including Emirati women participated in the sessions, including Fatima Aleghfeli, CFO, Dubai Media Inc. Also in attendance were members of the CEO Clubs Network UAE including the CEO of the club, Dr. Tariq Nazimi and Ms Sandi Rich Saksena.

As part of the proceedings, Four remarkable women were given “SHEROES Awards” – H.E. Dr. Joice Mujuru for Bravery and Courage; H.E. Pauline Tallen for Political Leadership; H.E. Bisi Adeleye-Fayemi for Women’s Rights Advocacy and Queenmother Xernona Clayton, a Civil Rights leader from the US for being a Visionary.

The Forum provides an important platform for Women Leaders and Key Stakeholders to address challenges faced by women; exchange views on viable options; and explore practical approaches and experiences for gender equality reform.

Executive Director of the SHEROES Foundation, Flossy Tachie-Menson opined in her welcome speech that the time has come for women to join forces and work collaboratively across sectors, genders and generations, and around the globe. “Together, we can and will ensure that one-day, women across all geographic, socioeconomic, and cultural lines will have access to the same opportunities as men”, she said.

H. E. Dr. Joyce Banda passionately stated the imperative need for African women to strategize and deal with the election process at the grassroots level.

Dr. Banda, who made history by becoming Malawi's first female President and the second woman to lead a country in Africa, made the call during the panel discussion on “Women In Politics” at the SHEROES Forum. She expressed optimism at the end of the forum and admonished her compatriots to support and stand with each other. “If you go up the ladder to the top, don’t push down the ladder. Leave it there so others can climb up”, she asserted.

H.E. Dr. Joice Mujuru, in her speech mentioned that, “We must begin to work collectively to provide solutions to problems in our specific nations. Solutions that when as women we go back home, we can implement. We need to touch the core of what SHEROES stand for.”

According to the UN Gender Equality Statistics, in 1995 there were 12 women Heads of State, this number increased 20 years later in 2015 to 19. Women’s empowerment and political inclusion must be tackled vigorously to bring about change. Ensuring women's full participation at all levels in political, economic and public life is one of the targets of the U.N. Sustainable Development Goals (SDG), an ambitious plan adopted by world leaders to end poverty and inequality.

Forum Solutions International, a company based in Accra under the leadership of Maxine Menson works in conjunction with SHEROES Foundation whose, Executive Director is Flossy Tachie-Menson, to organize the SHEROES Forum. The foundation’s mission is to empower women to participate effectively in all aspects of life including family, politics and business.

The next edition of the International SHEROES Forum is scheduled for October 2016 in Accra, Ghana.